Beth was born in Chilton, WI, and grew up going to Sheboygan for most of her weekly family shopping trips. She attended Lawrence University in Appleton for a year and transferred to UW-Milwaukee. Beth received her Bachelor’s in Fine Arts in vocal/choral education and later received a Master of Science in Educational Psychology. For many years, she lived in Brown Deer, a suburb of Milwaukee, until moving back to the Sheboygan area in the early 2000s. She became the Music Director at St. Dominic’s Parish in 2014.

Beth began playing piano before she went to school so she could read music notes before words! In sixth grade, she began playing the organ for my church, and she’s been playing at churches ever since. God gave her the interest to play the keyboard, and He opened up opportunities where her musical abilities were needed.

Beth’s favorite part of working within the North Catholic Parishes are the people. Their welcoming presence makes her feel appreciated as part of a "church family." As part of her work is recruiting volunteers, she is also grateful for so many who freely give their time and efforts to help with so many different areas of the church. Beth is involved in Mass planning, prayer and worship, funeral and wedding planning, media and PowerPoint ministries, and working with cantors, choirs and instrumentalists. She appreciates the variety of different music styles that she can play at Mass whether it be traditional hymns, Gospel, Celtic, or Contemporary Christian music.

Beth enjoys cooking, crafting, sewing, biking, traveling, and, most recently, Pickleball. Lately, she has been sewing masks. She loves vising her children, who are scattered far and wide.

She believes that the people are what make the Sheboygan North Catholic Parishes so unique. Since the joining of the three northside Catholic Parishes, she has witnessed people's willingness at all of the parishes to work together for the glory of God in service toward others. 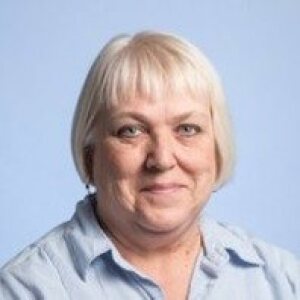