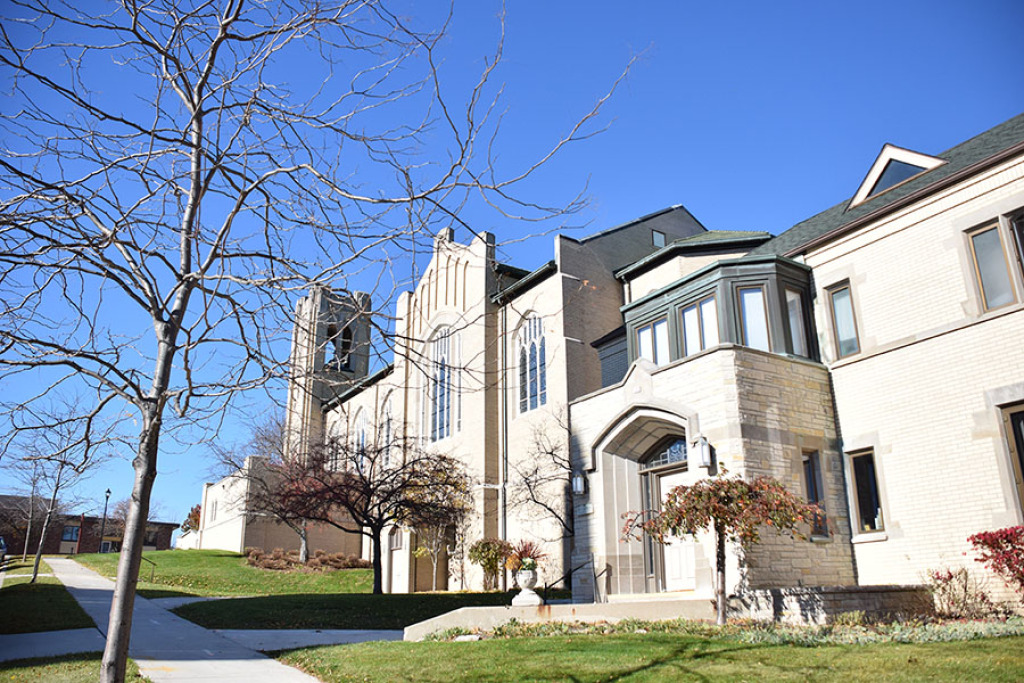 St. Clement Church was built in 1914, the year the Parish was founded. The church was designed in the Low Gothic style with two square towers facing west.

In the sanctuary to the left of the altar is a statue of St. John the Evangelist. To the right is St. Clement, shown wearing a triple crown, a symbol of a pope. St. Clement was the fourth Bishop of Rome and a contemporary of the Apostles.

There are three themes represented in the stained-glass windows. The high windows in the sanctuary show the four Evangelists, Matthew and John on the north wall and Mark and Luke on the south. The first window on the south wall above the side altar shows the Consecration of St. Clement as Pope and Bishop of Rome. Opposite this on the north wall is a high window showing an anchor. This is the symbol of St. Clement, who was martyred on a ship that sunk.

The large window in the south transept shows the Nativity with Mary holding the infant Jesus. This begins a series of scenes from the life of Jesus. Starting to the right with the Flight into Egypt, The Holy Family, and Jesus Blessing the Children. The series is continued on the north wall starting in the west with The Calling of the St. Peter, The Good Shepherd, and The Last Supper. The north transept shows The Ascension, the conclusion of Christ’s ministry on earth. Here Mary is shown with the Apostles emphasizing her role as the Mother if the Church.